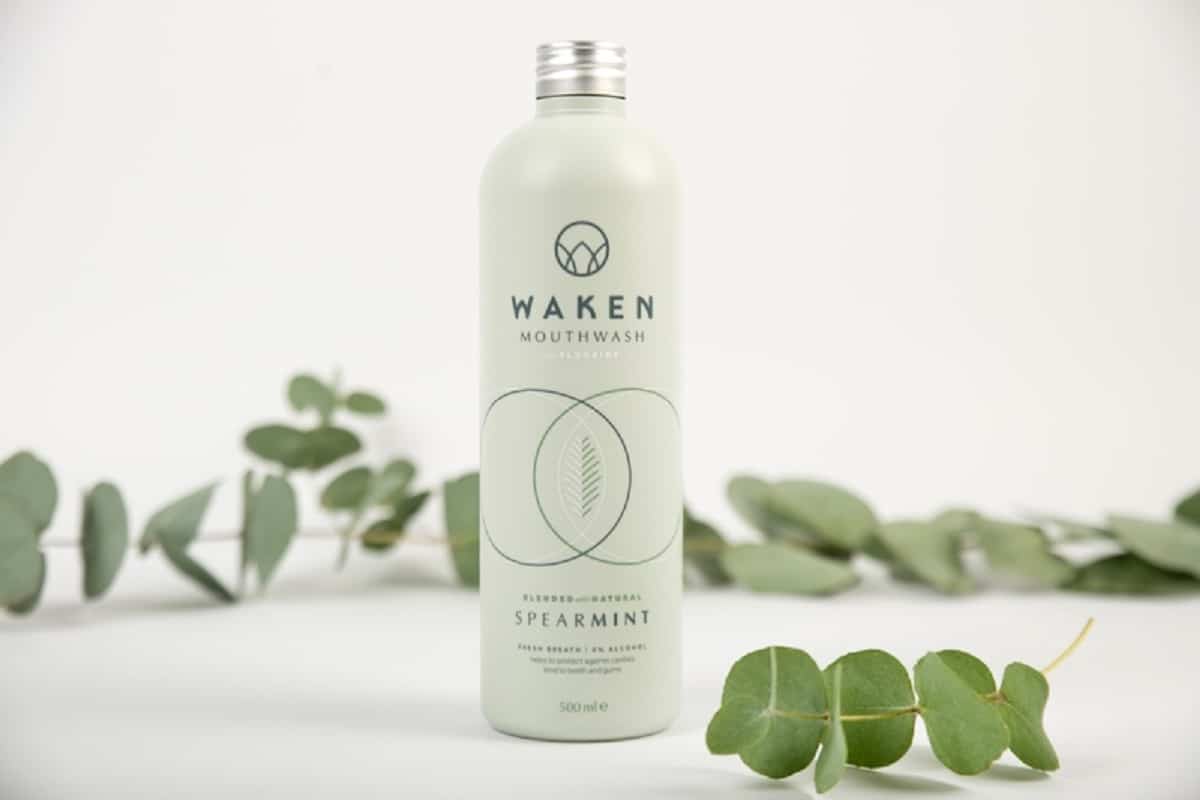 The move to PCR plastic has contributed to the brand’s Carbon Neutral certification and lowered its price point
One year on from its launch, oral care brand Waken has switched up its packaging for a recyclable plastic alternative in an effort to make its products certified Carbon Neutral.

The new PCR plastic packaging, adopted across all four skus, is made primarily from old milk bottles and plastic from sugar cane.

Previously, Waken’s mouthwashes were housed in an aluminium packaging, developed by Vetroplas, which was also recyclable.

However, according to the start-up’s founder, Simon Duffy, the aluminium bottles required much more outer packaging in order to protect them from external damage.

“Our new bottles require much less outer packaging to protect them in transit and require less energy to make,” Duffy told Cosmetics Business.

“They are also much more durable than the previous aluminium ones which were susceptible to denting in stores.

“However, we still love aluminium as a packaging material and we are still considering using it for future products.”

Customers can also shop Waken’s products at a much lower price point than when the skus initially launched in November 2019.

A mouthwash housed in an aluminium bottle would set shoppers back £8, while the accompanying metal cup was priced at £4.

Meanwhile, when asked why Waken had not opted for a refillable option, Duffy said this is something the brand would like to launch into.

“This is something we have considered,” he said.

“I’d love Waken to launch something in this area.”

The new recyclable bottles have a 2 resin code, meaning they can be put in consumer’s curbside recycling.

Can the Curse of Oversize Packaging Finally be Laid to Rest?