In 2002, Premier Tech acquired German world-renowned Chronos Richardson, famous for its automatic weighing systems invention. As a tribute to its roots and to the power of innovation, Premier Tech retraces the great history of two men who radically changed the packaging industry in the 19th century.

In the second half of the 19th century, Hennef, a small town near Cologne, Germany, started experiencing its first industrialization waves. Many new factories had been erected and in this dazzling period, two men with completely different backgrounds met and created something that would forever change the weighing process: Carl Reuthers and Eduard Reisert, inventors of the very first automatic weigher.

Eduard Reisert started his career in engineering in 1866 in Augsburg and Cologne, Germany. Ten years later, in 1876, the young engineer founded the company Munnem & Reisert and at this time, the idea of using nature’s forcesto execute human work fascinated him. After many thoughts and tests, “he applied the gravity that pulled on the item to be weighed as a source of power to fill and empty a weighing container shaped like a drum.” At that moment, he invented an automatic flow measurement device for loose and bulk products, and manufactured his idea in 1877 under the name of Munnem and Reisert.

Although it was a great innovation, it was still quite far from the automatic mechanical weighing scale regarding the approval and legal acceptance for calibration. The equation was almost there, but someone’s expertise was missing: Carl Reuther.

Carl Reuther grew as a metal worker in Bonn, and then travelled in Germany, Belgium and France as a day laborer. In these years, mechanical engineering was becoming more and more popular, which was the perfect moment for Reuther to learn great skills and knowledge and bring those skills back to Hennef, where he founded a factory building high quality equipment for the agricultural sector.

Dynamic entrepreneur Carl Reuther and curious innovative Eduard Reisert joined their forces together in 1881 and established the Reuther & Reisert equipment factory in Hennef, which would later become Chronos’ official plant. With Reuther’s knowledge of weighing scales and Reiser’s comprehension of gravity power used on bulk products, the Chronos Automatic Weigher was born. This revolutionary system was based on center beam balance, which is still one of the most accurate technologies available, but was functioning fully automatically by using the earth’s gravity and a principle they called the tandem beam balance. This feature allows a large range of settings for various types of products types on the scale in large hoppers or pans.

In December 1883, the Chronos weigher was the first automatic weighing scale in the world to be approved for calibration as a measuring device by the Imperial Standard Calibration Commission seal. “Weighing loose bulk goods by hand came to an end with the unique invention of the two great pioneers Carl Reuther and Eduard Reisert and the age of the automatic weighing instruments began,” explains Dr. Manfred Kochsiek, President of the International Organization of Legal Metrology.

The two industrial pioneers named their new scale “Chronos,” after the Greek word for “time.” This name emphasized the fact that for more than 10,000 years, bulk products had been weighed manually, in a time-consuming manner. But now, the Chronos company’s scale allowed weighing to be done quickly, saving a considerable amount of time and effort. (And vastly increasing accuracy.)

WORDS FROM REUTHER AND REISERT, MAY 1896

“When some 20 years ago we began to build and commercialise our own invention, an automatic weighing scales for grain, etc., this endeavor might have been be considered to be quite bold, because all attempts in this direction undertaken by others had failed and served only to confirm the general opinion at the time that the manufacture of a useful automatic weighing scale was completely impossible. Today however, nobody can deny that we solved the task we set ourselves with the utmost success. Our automatic scales are well known and in operation at all the relevant major industrial sites at home and abroad around the world […].

Since our automatic weighing scales were approved for calibration and for customs and excise purposes in Germany and almost all other countries of the globe they have completely supplanted the old, non-automatic weighing devices at all the pertinent larger factories.”

For the past 136 years, and with more than 60,000 automatic scales sold worldwide, Chronos scales have proven their worth. Chronos always stayed for Innovation and enlarged their portfolio to become a complete line supplier where the weigher always stayed an important product. The innovation strength of Chronos Richardson was in sync with PT’s values which was one of the main drivers for the acquisition in 2002. Together, the sum of Chronos technologies and those of the Premier Tech product portfolio in America, Europe, and Asia has more power than ever to help manufacturers reach their goals. Today, the E55 Net Weigh Scale from Premier Tech raises industry standards to a higher level with its exceptional performance, achieved by combining our scale experience with our constant drive to innovate.

It’s hard to imagine a manufacturing plant without today’s computer-controlled automatic weighing equipment, but modern manufacturing wouldn’t exist without the mechanical expertise and drive to innovate that grew from collaboration between Reuther and Reisert. The same type of game-changing collaboration takes place around the world, every day, between Premier Tech and the manufacturers with whom it partners as a supplier.

Thanks to the considerable engagement of Mr. Wolfgang Euler, former employee of Chronos Richardson, the Chronos history was documented in detail with passion. 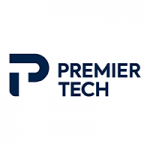 Beverage Packaging in India: Path to a Circular Economy

Insights from Richard Horne of Polymateria

Packaging – Think beyond ‘Must have’