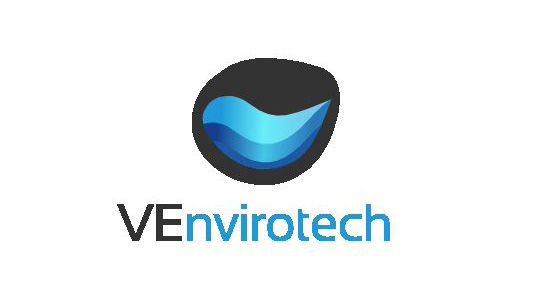 Venvirotech, the startup that makes bioplastic with bacteria

The santcugatenca company creates a system that converts organic waste into biodegradable plastic.

The Venvirotech startup has created a system that converts organic waste into bioplastics. This firm uses bacteria that consume organic matter and make it a type of plastic that degrades in a period of between six weeks and three months. A solution that allows to solve two problems at the same time: the generation of plastic (and its difficulty to recycle it) and the generation of waste of the companies.

From the entrepreneurial center of Vita Sant Cugat del Vallès, the entrepreneur Patrícia Aymá puts his sand dungeon in the fight against the great problem of the contamination that produces the plastic. Especially if we take into account that every year eight million tonnes of this material end up in the ocean, which can take several centuries to disappear. Only one third of the millions of tonnes generated in Europe are recycled in Europe, and Spain is the second country, after Turkey, that more plastics are pouring into the Mediterranean.

With this philosophy, Venvirotech, an emerging company in the biotech sector, was born, which began to be developed in June 2017 and promotes a circular economy in which low-value organic waste is transformed into high-value bioplastics.

Patrícia Aymá: “The objective is to produce bioplastic, which is biodegradable and comes from renewable sources”

“He was developing a dissertation at the University of Barcelona and studied the bacteria that knew how to produce bioplastics by feeding on waste. After studying the process, I saw that technologically it was very simple and that it was only necessary to apply a business model for society, “explains Aymà, specialist in biotechnology and industrial engineering.

Aymán emphasizes that what they do is take advantage of the normal purification of the bacteria: “We take advantage of the fact that bacteria feed on waste to eliminate organic pollutants from water, and when they do, we force them to accumulate an energy reserve. Once they have accumulated it, we extract it and process it and it is what we call it bioplastic. ”

Thus, its objective is to produce a bioplastic, material that is biodegradable in the environment, which comes from renewable sources, is compatible with the human body and that is degraded in a time of between three weeks and six months at most. This means that you can have very specific applications, for example, in food packaging, since “although it comes from waste it is not chemical nor synthetic. “It is 100% compatible with the human body,” he adds. In addition, you can also have applications for 3D printing material and biomedical for the creation of prostheses.

Aymà assures that “not only solve the problem of the plastic, also the one of the waste management”

After one year of study and internal and financing work, Venvirotech is currently creating its first pilot plant in Guissona. In this plant there will be a year of tests with different types of waste to obtain various varieties of bioplastics. “We are in the launch phase of the first version of the final product,” details Aymà.

And Venvirotech’s business is based on offering bioplastic as a final product, but also waste management services, very costly for companies, to transform them into bioplastics. “The sector is aware. Not only are we solving the problem of plastic, but we discovered that companies are paying between 50 and 100 euros for the management of each tonne of waste. If a company in Catalonia has 10,000 tons of waste per year, there is a lot of money. ” By 2017, around 2050 million tonnes of organic waste were generated throughout Europe.

“We bring a machine to your home that helps them reduce their cost by between 40% and 70%. In addition we give them a product of added value, that they can stay themselves or put it to the market “, emphasizes the entrepreneur. And it is that one of the services they offer is just the sale of bioplastics production plants from organic waste. A solution for examples for large food companies, which produce a lot of waste while also using a lot of plastic.

A key fact for Venvirotech, to boost the business and find the necessary financing, has been increasing awareness about the contamination of plastics: “This made the company gain an interest, because what it is is to turn a which has no value in a product of great added value “.