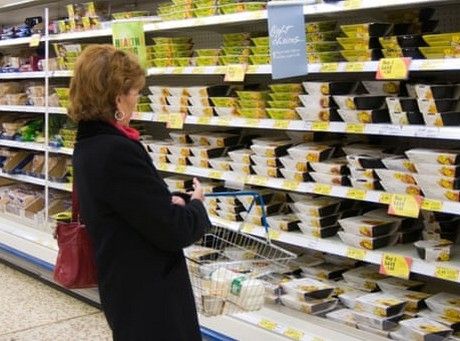 Tesco has pledged to step up its efforts in the battle against single-use plastic with measures that include banning brands using excessive packaging from Britain’s largest supermarket chain.

Dave Lewis, Tesco’s chief executive, said the company would “reserve the right not to list” products with too much non-recyclable packaging from next year onwards.

Tesco gave suppliers a list of preferred materials in May 2018, but is now planning to turn up the pressure as public awareness of the environmental harm caused by plastic packaging grows.

“We can’t overlook the fact that for too long, packaging on consumer goods has been excessive,” Lewis wrote. “We have all looked at the settled contents of a cereal packet and puzzled over the comparative size of the bag and box. Or opened a bag of crisps and wondered why the packaging is twice the size of the contents.”

In its latest annual report Tesco said 13% of packaging on its own-brand products was hard to recycle, such as the black plastic used in microwaveable meals; this will be eliminated by the end of this year, Lewis said. He added that Tesco was working with branded suppliers to do the same.

Tesco has itself been the subject of criticism over its packaging in the past, but any improvements could have major implications for Britons’ plastic waste. Lewis said scrapping the plastic used to package tins in multipacks alone would save 490 tonnes of plastic a year, and it could prevent the sale of more than 50m plastic beer can binders.

The supermarket is trialling measures to reduce waste at its Extra store near Cambridge. Lewis, who took over the supermarket in 2014 and has since initiated severe cost-cutting, pledged to roll out the most effective measures across the retailer’s 2,658 British stores.

Tesco’s move comes amid a growing public backlash against plastic packaging that has spurred the government to implement a single-use plastic bag levy and consider policies such as mandatory deposit return schemes for bottles.

Other major supermarkets have trialled processes that could reduce packaging. Morrisons and Waitrose have both tested refill stations to allow customers to buy packaging-free goods, including pasta, wine and cleaning materials. Iceland last year pledged to eliminate all plastics in its own-brand products within five years.

Supermarkets and food companies in the UK have been spurred into action by government plans to introduce the “polluter pays” principle in its approach to waste. New rules, currently under consultation, could force private companies, including supermarkets, to pay as much as £1bn a year more towards the UK’s recycling infrastructure – up from about £70m now.

Lewis called for the government to take a national approach to recycling in order to standardise processes. Households currently face confusing variation in the quality of recycling services, which can result in products being sent to landfill that would be recycled under a different local authority in houses in the next street. National recycling rates have plateaued at about 45% since 2013, according to government figures.

Lewis wrote: “Today, recycling rates vary across local authorities from 65% to 14%. Without a national infrastructure, industry efforts to improve the recyclability of materials used in packaging will not have the impact we need.”