As a Master’s student at the Indian Institute of Science Education and Research Pune, Aditya Kabra would often go on clean-up drives on nearby trekking trails to remove plastic waste. However, he realised that clean-up drives are a temporary fix: plastics kept accumulating quickly. About this time, Kabra met Kadhiravan Shanmuganathan, a scientist at the CSIR- National Chemical Laboratory in Pune, who was working on developing cellulose-based plastic alternatives. They decided to join forces and form Zeroplast in 2019.

Zeroplast aims to kill two birds at one stroke: collect crop residue that farmers discard, and use it to make durable bioplastics. This way, farmers will burn less crop residue, and non-biodegradable waste generation will be reduced. The company got going with a NIDHI-PRAYAS grant from the Department of Science and Technology in 2019. In 2020, it received the Biotechnology Ignition Grant from the Department of Biotechnology (DBT). And in 2021, it was among the top 5 start-ups in Techtonic–Innovations in Waste Management program, an initiative by Social Alpha and the H&M Foundation. In all, Zeroplast has so far raised ₹71 lakh via grants and prizes. 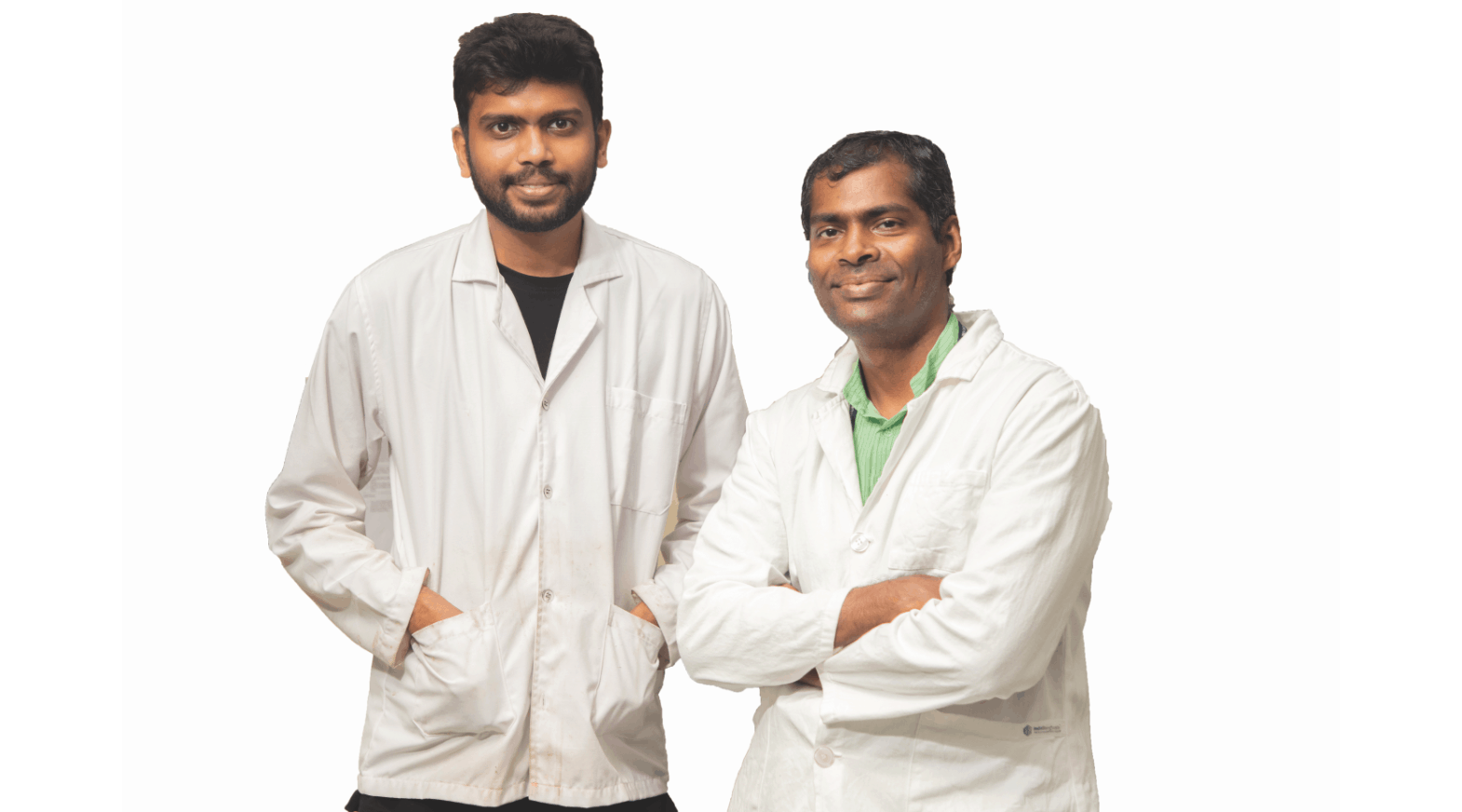 The raw material for Zeroplast is cellulose from crop residue, which is available abundantly in India. “A two-acre farm produces five tonnes of crop residue,” says Kabra. Although bioplastic-based products are available in India, they have not been able to replace traditional fossil-fuel-based plastics.

Some plastics made in India are fabricated with bioplastics sourced from other countries. Another category, made with corn starch, is quite popular, but is expensive. A few start-ups are making bioplastics using bacteria and even seaweeds.

To make their bioplastic, the Zeroplast team extracts cellulose from crop residue, using the same technology that the paper industry uses. It then converts the cellulose into bioplastic through a series of proprietary steps. The end-product is a bioplastic that does not have a long manufacturing process, is thermostable, biodegradable, and matches the performance of traditional plastics.

Zeroplast is currently working on two categories of bioplastics: a flexible type that can be used as thin films used in packaging and disposable cutlery, and a rigid type for use in toys, packaging for cosmetics. Zeroplast has obtained certification from the Indian Institute of Packaging for using its bioplastic in food packaging. In fact, Zeroplast bioplastic’s food safety performance is better than conventional plastic as it does not leach out chemicals, says Kabra. Its barrier properties—the ability to act as an effective barrier against water and oil—are comparable to regular plastics and it is stable at up to 140°C. It is also easily compostable in natural conditions. Many traditional bioplastics require high temperature industrial composting facilities, but a Zeroplast-produced 200-GSM bioplastic can degrade up to 96% in 45 days in a home composting unit, the company claims. Even in natural soil environments, the bioplastic decomposes readily. In other words, if a Zeroplast bioplastic is thrown in the open, it will decompose into organic matter within 60 days.

Zeroplast needs to take its product out of the lab into an industrial facility. If it can validate its technology at scale and make a cost-efficient product, in a few years you might be drinking tea in a compostable bioplastic cup from Zeroplast.

Bundles of plastic bottles and other plastic items near a recycling unit in Bhubaneswar, Odisha. Biswaranjan Rout | Photo Credit: BISWARANJANROUT

Local residents shop fruits and vegetable at a mini market during the outbreak of Coronavirus disease (COVID-19) in Fontenay-sous-Bois, France, April 1, 2020. REUTERS/Charles Platiau