Mumbai, Jan 12, 2023:Students at the Pune Vidyarthi Griha, Nerul, Navi Mumbai stepped into the Classroom this morning to be joyously greetedby 30brand-new, shining desks! These are no ordinary desks. They inhere the affection for Planet and environmental awareness of hundreds of Mumbaikars who joined a recycling drive to contribute the raw material for these Desks. Indeed, these are desks made of RECYCLED CARTON PACKAGES! .These gleaming, desks made with love for the planet, were donated to the school under the Cartons2Classroom campaign launched last year by Tetra Pak, in partnership with Nestle +, Reliance Retail and implemented by RUR Greenlife! At its core, the campaign is POWERED by the intent of collecting over 10,00,000 used packages like Tetra Pak cartons and recycling them into 100 desks for less privileged schools. A set of 30 desks was donated to Mahim Police Colony School in 2022.

On behalf of the campaign partners, the desks were handed over by Mr. V. Subramaniam, Director, Reliance Retail who shared heart-warming words, saying:“Together with Tetra Pak and RUR Greenlife, we have been part of the Cartons2Classroom and the larger social awareness journey since 2010 and I could not be more proud of what we are creating for our future generations. These desks are just an example of the impact we can create not just for us, but for the society at large through the simple act of recycling.”

Cartons2Classroom campaign is part of a program called ‘Go Green with Tetra Pak’ launched in 2010 by Tetra Pak, in collaboration with Reliance Retail and RUR Greenlife. The program encourages, implores, and enables Mumbaikars to drop off their used beverage cartons at over 57 Reliance Smart and Sahakari Bhandar outlets across Mumbai. These cartons are then recycled into useful items like desks & garden benches and donated back to the society. 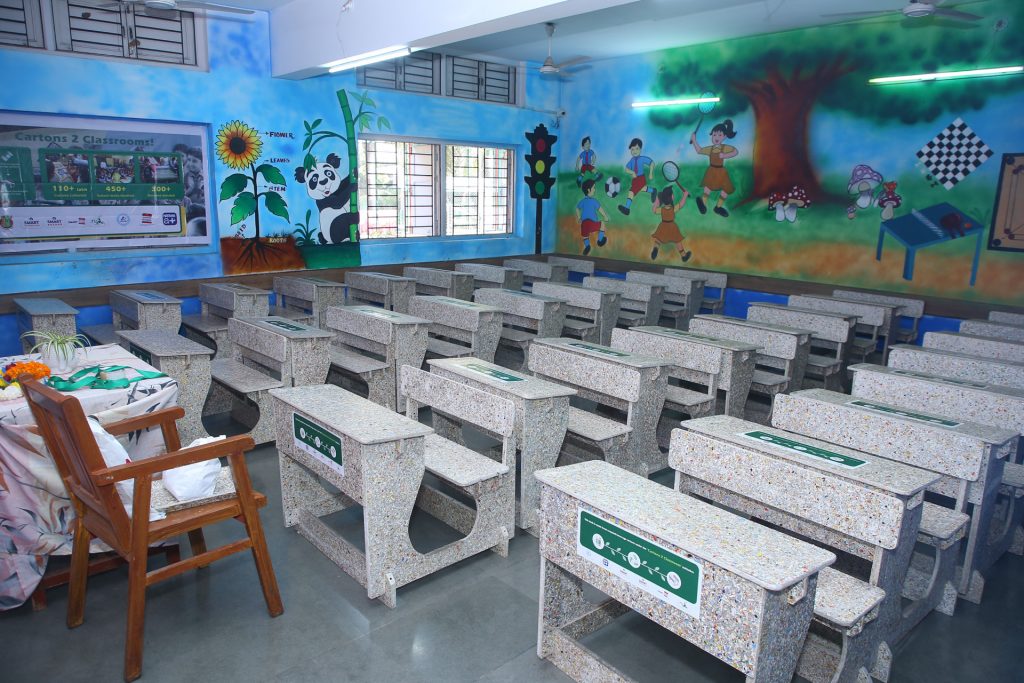 Nirjhara Rastogi, Communications Director, Tetra Pak South Asia said, “Each time we donate a new classroom to a school in need, we bring alive Tetra Pak’s promise to protect people and protect the planet. We have been on this journey for over 12 years, and we could not have done this without our program partners. We are especially grateful to the people of Mumbai who continue to make the effort of depositing their used packages for recycling.”

Dinesh Pitambar Misal, Principal, Pune Vidyarthi Griha, received the desks on behalf of the school and added, “The best way to teach someone is to lead by example. These recycled desks are a great way for us to instill the importance and value of recycling in these young students. We are delighted to receive such a gift and are grateful for the support we have received from all the partners.” 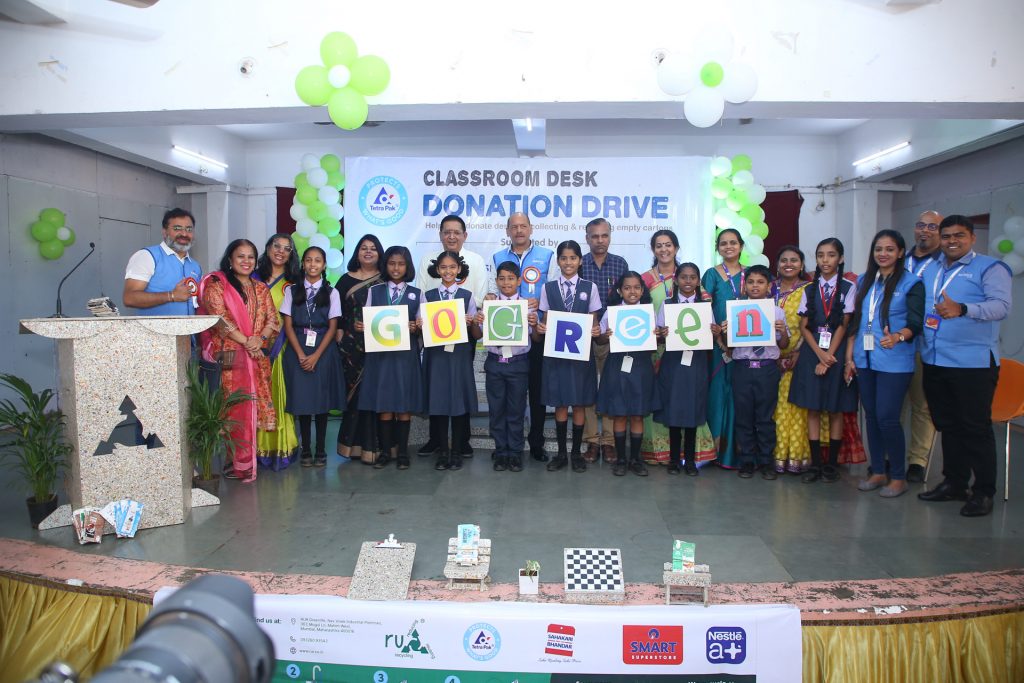 Championing the Movement even as she gains hearts and minds with her hard-work, RUR CEO Monisha Narke is at the helm of this transformative inaitiative. The initiative rises on her immense effort, and she says, ”We are excited to be part of this long partnership creating awareness on recycling and enabling us to work towards both environment and education.”

Tetra Pak cartons are paper-based, recyclable, and increasingly being recycled through a robust ecosystem nurtured by Tetra Pak over the last 18 years, working closely with various stakeholders such as urban local governments, NGOs, brand owners, academia, and consumers.

Commencement of Commercial Production at New BOPET Plant in Telangana

Polyethylene, a type of plastic used for making a variety of products, including packaging materials and bottles, is one of SCGC's products