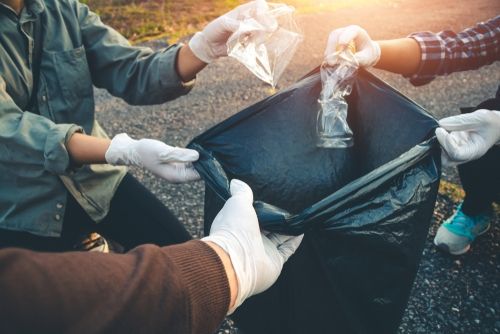 Guidelines on plastic management ready, to be rolled out in six months: Govt

THE MINISTRY of Environment, Forest and Climate Change (MoEFCC) on Wednesday said it had prepared the long-delayed national framework for extended producer’s responsibility (EPR), which would be implemented in the next six months.

It was replying to a petition in the National Green Tribunal (NGT), seeking directions to producers and manufacturers to manage and recycle their plastic waste.

Under the Plastic Waste Management Rules, it is mandatory for companies to ensure that their plastic does not reach landfills or end up on streets.

The EPR framework has three components based on the size of a company — small, medium and large — Nidhi Khare, Joint Secretary at MoEFCC, told an NGT bench headed by A K Goel.

According to an MoEFCC note submitted to the NGT, small manufacturers will be charged a fee, which will be deposited to the EPR fund, for getting their plastic waste recycled by urban local bodies.

“Medium and large producers who don’t have expertise in recycling their waste can rope in Producer Responsibility Organisations, or PROs (companies that excel in waste management),” Khare said.

Large companies can also obtain credits by sending their waste to waste-to-energy plants or cement factories or recycling units. When asked why another six to eight months were required to implement EPR, Khare said the ministry was developing a website where all companies can register themselves, and tenders had to invited for the same.

“No madam, it should not take more than three months,” interjected Nagin Nanda, an expert member on the bench. To which, Khare replied that the ministry would need at least six months. “The EPR guidelines will also be circulated among all ministries,” said a ministry official.

McDonalds pledges to stop using PFAS in food packaging by 2025