Every material has different properties and functions. And while having materials that are compostable is important, it’s not always the most viable choice.

“We unnecessarily demonise a lot of materials,” Neha Jain, founder of Mumbai-based material science startup Zerocircle, tells The Better India. “They serve a purpose. Not to say that you must use plastics, but there is a merit to the material.”

For instance, one wouldn’t want the plastic in consumer goods like cars or washing machines to be easily compostable, because we expect durability and toughness from vehicles and appliances.

On the other hand, in an ideal world, single-use plastic would disappear in as short a timespan as its use. It accounts for a majority of plastic discarded, “all of which is burned, buried in landfills or discarded directly into the environment”, said a report by Australian organisation Minderoo Foundation. It is projected that single-use plastic could account for 5-10% of all greenhouse gas emissions by 2050.

It’s this challenge that Neha and her venture Zerocircle are tackling, by converting various species of seaweed into packaging that she claims is completely dissolvable, home-compostable, and bio-digestible.

After graduating in journalism from Bengaluru’s Christ College, campus placements took Neha to Google, where she spent over five years working in multiple roles, primarily with Google Analytics. She soon realised that she didn’t “want to do anything internet[-related]” and wanted to work in sustainable design instead.

“This was in 2011 and sustainability was just a few eco-friendly things like choosing a cycle over your car. I didn’t know how to think about it. I didn’t know where to start,” she recalls.

While sustainability stayed on her mind, she left Google to launch a delivery startup, later closing that business to return to the corporate world.

In 2018, when she quit her job, it was to start doing research about sustainability, focusing on housing and the material science behind it. She was soon consulting as part of an architectural firm’s sustainability unit.

What happens when plastic is left unattended?

During this time, she came in contact with several manufacturing companies, and part of the consulting was figuring out how to reduce waste for them.

“My research really started with the end of life path of plastic, where they were creating a lot of waste,” she says.

Deeper in the subject, her research was showing her that flexibles were a big problem. These single-use products being used in high volumes — for instance, as packaging of FMCG products — were being recycled at a very low rate, she had found.

When left unattended, there are three primary problems with plastic as a material. First, that it’s permanent and living on for thousands of years. Second, when it does break down, it does so into micro plastics that enter food chains and affect species across sea and land. And third, it’s not carbon efficient, since it is made from non-renewable sources like crude oil. When it breaks down, it also releases greenhouse gases, contributing to global warming.

“Overall, these are the problems you’re solving. You’re not saying that plastic as a material doesn’t serve a purpose,” she says.

To replace a high consumption product, the resource being used instead needs to be scalable. “Because while I practise conscious consumption, to expect developing countries to completely give up on packaging is not possible.”

Instead of finding something that’s just renewable — for instance, yes, trees will grow back, but not in one’s lifetime, only a few generations later — they were looking for something regenerative.

In looking for an alternative that fit her criteria, Neha came across seaweeds. “The beauty of seaweed is that it does not require land, water, or fertiliser. It’s also a natural source of carbon. You need natural carbon to make materials.”

To understand the benefits of seaweed and keep abreast with the research around it, Neha frequently visited Mumbai’s Institute of Chemical Technology (ICT) to speak with researchers and better understand its use as a material.

Here she met with marine biologist Dr CRK Reddy, who has spent over three decades working with seaweeds.

“Seaweed comes with a low carbon footprint. It is grown in the sea, so we’re not adding any fertilisers or pesticides. We don’t need excess water. The sea has everything for the seaweed to grow. It offers livelihood options and development of coastal communities,” Dr Reddy tells The Better India.

“Seaweed is considered a potential resource for making bioplastics because it comes with a low water footprint and land footprint. This could be a very attractive alternative option,” he adds.

While there were people growing seaweed in Tamil Nadu and Gujarat, Neha wondered why there wasn’t anyone growing it in Maharashtra, especially since it is an excellent carbon sink.

“Dr Reddy and I went to check out the coastal areas of Maharashtra,” recalls Neha. 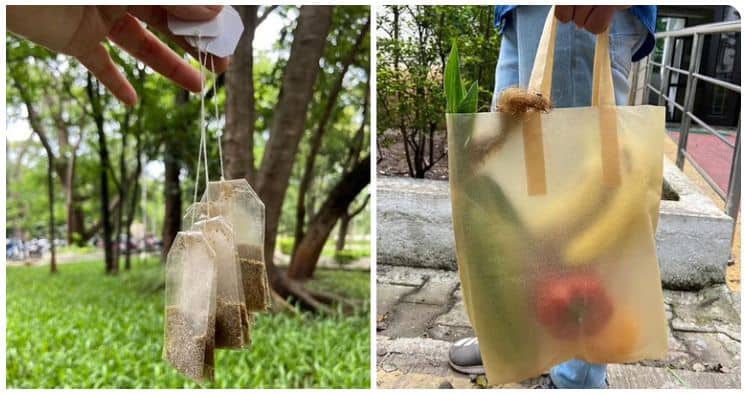 An eco-friendly source with huge potential

The duo ran an experiment in late 2019 checking shores for their salinity, wave action, the flatness of the area, and other parameters, to see if seaweed could be grown. The idea was to identify potential locations and make space for other players to come in and grow it.

They found a site near Murud Janjira where the villagers were willing to help out, and an experiment was initiated to grow seaweed. “If that were to work out, we would connect them with institutes to develop the technology of doing local seaweed agriculture,” says Neha.

It was during this pilot that COVID hit. While the experiment came to a halt, Neha’s work continued. Today, she is looking at finding people who will help make the seaweed ecosystem stronger in the country.

The pre-revenue company was founded in July 2020, with an initial investment of about Rs 20 lakh of Neha’s personal funds.

They procure their seaweed through tie-ups with two farms in Gujarat and Tamil Nadu, who cultivate it for them. Zerocircle uses largely red, brown, and green seaweed.

After collecting the seaweed, it is dried and turned into a powder, which is then turned into the final material. With this, they make handbags, bags for clothes, film for food, and more plastic alternatives. Zerocircle aims to produce a tonne of film a day, Neha says.

“We are also trying to move away from chemicals. We’re all looking for low carbon footprints materials. Climate change has become a serious issue. So you have to have a holistic approach. So if we had a material which is biodegradable and safe for use, that is the best option,” explains Dr Reddy.

“And seaweed has huge potential,” he adds about the environmentally-friendly resource.

“In the next three years, we’re looking to reduce anywhere between 2500 to 3,000 tonnes of plastic annually,” says Neha about her projections.

In Q3 last year, the startup raised a pre-seed round of $300,000 from Rainmatter Foundation. They’ve also reached the finale of the international challenge Tom Ford Plastic Innovation Prize.

In the early days, setting up the lab during the COVID lockdown was Neha’s biggest challenge.

Once things had opened up a little, she set about getting the numerous permissions needed to open a lab and finding the lab. The team moved from one lab to the other with support from Nestle R&D India, until finally finding Pune’s Venture Centres.

Today, Zerocircle works out of three of their labs, where the research and development team are busy creating products and getting them validated and certified.

Their next step is figuring out how to scale production, since they want to cater to large clients in a B2B setting instead of selling directly to consumers. Once they achieve scale, they see themselves being as affordable as food contact safe paper. The startup aims at commercial production in Q1 of next year.

New P&G Product Pump Design Can Be Recycled Without Disassembly

“There is a need for a pump dispenser that has a pump assembly where used pump assemblies do not require disassembly to be recycled in current recycling streams.” © Dimitriy Sidor Getty Images