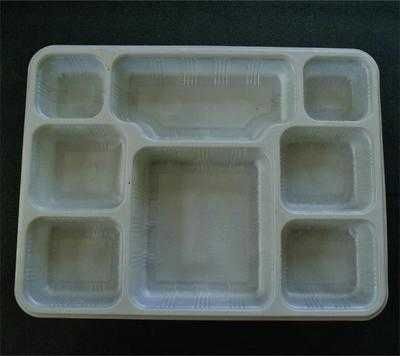 A girl from Nagpur, Poonam Dixit, has invented something that can bring back the convenience of ‘use and throw’ disposable plates in your life.This new invention makes easy to deal without disposable plates, cups, glasses and bowls after the plastic ban.

A chemical engineer, Poonam has made an eco-friendly substitute to plastic which looks like plastic but doesn’t harm the environment. This made-in-Nagpur bioplastic, named ‘EnsaBio’, is all set to hit the markets after acquiring necessary clearances from different agencies. She has also received patent of this innovation.

Bioplastic is a latest sensation in the field of polymers and researches are going on this topic worldwide. Scientists have used different types of renewable biomass sources to manufacture the granule used for this plastic. Poonam’s EnsaBio bioplastic is made of vegetable starch and other food contents.

“We have used locally available corn starch to manufacture EnsaBio. Local farmers, even in dry belt, can take huge produce of this variety of corns. Apart from it, vegetable, potato and starch extracted from various tropical palm stems can also be used. I made the first lot of granules and then visited plastic manufacturers in the city to try this in their machines,” she said.

The plastic industries in Nagpur initially refused to use Poonam’s granules suspecting that they will develop snag in their costly machinery.

“It was really a task to convince them that my product can be developed on a conventional machinery with no modifications to their existing equipment,” she said. Finally, Mamata Agrawal of Mahamaya Agro Industries accepted her proposal and her granule was used in their machine.

“We had stopped manufacturing the disposable plates owing the plastic ban in the state. But this option gave us another chance to bring something eco-friendly. The granule required lower production temperatures which also saved electricity,” said Dhawal Poddar, who managed the production of first range of EnsaBio. “We are confident about this formulation. We are ready for the commercial production too. Only technical formalities need to be fulfilled before it,” he said.

According to Sameer Wagh, head of plastic and polymer technology at LIT, the use of starch produced by locally cultivated corn is very good step in this project. “Research on bioplastic is going on across the world. Adding local touch to it and making it fit enough to use in existing machine set up is commendable. Large scale manufacturing of biodegradable plastic should be promoted,” he said.

Poonam has received accolades for her research at Global Entrepreneurs Summit held in Hyderabad last year. She was recently felicitated at the hands of Nagpur mayor Nanda Jichkar in Mayor’s innovation festival. Some big names in the field of food supply have already approached her for the mass production of EnsaBio. The certification process of this product is under way at present.

Source: The Times of India

Specialists point to sustainability being back at top of 2021 agenda