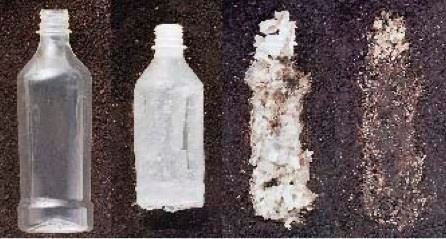 With the call to dump single-use plastic coming from the prime minister himself, a global leader in biodegradable plastic Total Corbion PLA has announced its India foray with a technical collaboration with Mangalore-based polymers company Konspec.

Completely biodegradable plastic is made from PLA (polylactic acid) compounds and is an alternative to conventional polyolefin-based packaging.

While Total is a world energy leader with presence around the globe, the Netherlands-based Corbion is the global market leader in lactic acid and its derivatives, emulsifiers, functional enzyme blends, and algae ingredients among others. Konspec is is a Rs 200-crore polymers and chemicals player and is the technical collaborator for the MNC.

Under the agreement, Total Corbion PLA will launch completely biodegradable and compostable option for plastic and will operate through Konspec, which will import PLA and create compounds according to the specific needs of domestic users – airports and airlines, large hotels, the railways, FMCG players, food aggregators and e-commerce players.

“India has a huge potential to utilize a large share of the 75,000 tonne PLA produced at Total Corbion PLA’s Thailand plant in Rayong. We are confident of beginning 5-6 ‘light house’ projects immediately in over the next months itself,” Konspec’s chief executive Vinod Bondal said, adding he is also the exclusive technical collaborator for Nepal and Bangladesh.

“We have been meeting several Indian brands across sectors. The idea is to work with all leading airports, FMCG brands, retails giants and delivery chains among others to create an opportunity of a circular economy of waste management…because of non-disclosure agreements, I cannot name any,” Stephane Dion told PTI.

PLA-based compounds when used for plastic is completely biodegradable, though the application would require several technical studies through light house projects across companies from each sector to ensure the right compounds for each application is arrived at.

A light house project is a closed-loop spotlight and industry-exclusive pilot with specific sectors that are high on the plastic consumption ycle and yet can be converted into a closed loop of circular economy and a waste-to-wealth programme where waste can be re-acquired and recycled or converted into energy, or composted and returned to the soil as fertiliser.

Total Corbion PLA will be supplying resins and compounds as solutions to provide rigid and flexible packaging in tandem with existing vendors to create containers and biodegradable alternatives to plastic.

Bondal said while the global single use plastic at over 5 trillion tonne per annum, supply of biodegradable plastic worldwide is a mere fraction of it.

A gradual adaptation would ensure a step-by-step progress towards a viable replacement option that is environment and ecosystem friendly. India alone can easily become a 2 million tonne per annum market if correctly adopted, he said.

The move comes amidst Prime Minister Narendra Modi’s call for ending single-use plastics from October 2, and also government tightening plastic rules with extended producer responsibility or EPR, which makes it increasingly important for large brand owners to take up the responsibility of finally disposing off the plastic used.