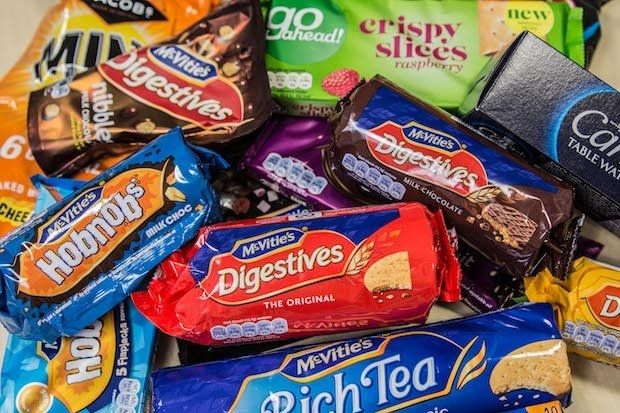 The snack manufacturing company behind brands such as McVitie’s and Jacob’s has recently joined WRAP’s UK Plastics Pact, committing itself to making all plastic packaging reusable, recyclable or compostable by 2025.

Under the commitments outlined in the pact, which has been signed by 68 other UK businesses to date, pladis UK & Ireland will be required to remove all packaging classed as single-use from its product lines – either by switching it for alternative materials or working to redefine what is classed as single-use in the UK.

The company will adopt both of these stances, replacing certain plastic packaging lines with compostable alternatives and working with recycling firm TerraCycle in order to ensure the remaining packaging can be classed as recyclable across the UK and Ireland.

Pladis has also joined the On-Pack Recycling Label scheme, which aims to create a unified and concise labelling system educating shoppers on how and where to recycle or compost their packaging.

Pladis’ UK & Ireland’s customer vice president Scott Snell said: “Plastic is causing extensive damage to our wildlife and oceans, so we need to make sure that it is recycled and reused, rather than ending up in the environment.

“This is why we’re announcing a comprehensive strategy for the long-term, while at the same time taking important steps that will have an impact right now.”

Snell explained that while plastic use has enabled the company to minimise fuel use during transportation, due to its lightness, and helped to prevent food waste by extending product life, such benefits were beginning to be outweighed by the adverse effects of plastic pollution.

Snell added that the announcement had been timed to coincide with the start of the festive period, when 97% of British households are estimated to buy either sweet or savoury biscuits.

The new commitments from pladis builds on the firm’s partnership with TerraCycle, which it first collaborated with in 2012 in a bid to capture and recycle its flexible plastic packaging.

At the time, such packaging was not commonly collected from homes and businesses by local authorities or waste management firms, due to a lack of infrastructure capable of processing it within the UK.

TerraCycle and pladis worked together to develop a method of recycling the packets, in which they are cleaned and shredded before being melted down into small plastic pellets. The pellets were then purchased for use in manufacturing new products such as garden furniture and fence posts.

In order to collect the packaging, the two companies set up more than 500 collection points across the UK, with those making use of this facility rewarded with a donation voucher for a charitable cause of their choice. To date, more than £100,000 has been donated to such causes through the scheme.

With the scheme continuing to be a success, pladis this week confirmed it was extending its partnership with TerraCycle, in order to ensure its flexible packaging will be classed as recyclable in the future.

The move comes shortly after consumer goods giant Mars UK announced an initial partnership with TerraCycle, which will see the same collection and recycling methods used to capture its pet food pouches.

Terracycle has also partnered with both PepsiCo and Kellogg in recent months to launch similar recycling schemes for Walkers crisp packets and Pringles cans – both items of packaging which have faced campaigner criticism over recyclability concerns this year.