Never in our lifetime, the world has witnessed such a calamity as that caused by the pandemic, due to the lethal corona virus. Its reach has been unlimited and spread across almost all geographical regions of earth causing severe devastation, such that millions of people have got impacted, many have succumbed to the disease. Governments in most countries had no alternative but to declare lockdowns to stem the progress of this deadly virus and save precious lives of their citizens. Businesses came to a standstill globally, the economies saw a downturn, jobs were lost, and negative sentiments prevailed creating need for governments to announce financial relief packages to support their populations for survival, their livelihood or preventing closure of businesses. The increasing rate of infections and fatalities triggered a frantic search for vaccines. Such was the emergent need that governments had to forego set procedures of testing for years, before giving permission for any vaccine to be injected to people all over the world. Health infrastructure in most developing and even in developed countries came under extreme stress. Such was the relentless escalation of the rate of those infected that health workers were either falling short or were also getting affected, many losing their life in line of duty. At this time, many ordinary people stood up, despite the challenges, to serve the cause and call of humanity to rescue and help those suffering and in dire need. Not caring for their own lives, they put in their time, money and efforts to save those who were helpless and needed support. Whether it was arranging oxygen, medicines, hospital beds or providing transport and help for putting to rest with respect, those who unfortunately lost their battle and passed away fighting the infection. Even relatives at these times are hesitant or advised to stay away from those infected, living or dead. These brave-hearts, who ventured out from the safe confines of their home to come out and serve mankind at this traumatic time in whatever way they could, came to be called “Covid warriors”. Humanity will and should, remain indebted to these dedicated persons some of whom also lost their life in the process. 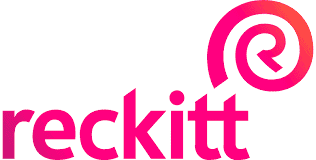 In a unique way FMCG major Reckitt Benckiser or hereinafter referred to as RB,  decided to honour these Covid Warriors, who not only contributed to the cause but also set examples for others to follow. RB’s marketing team came up with this idea to honour such people who endeavored to indulge in service despite the risks of getting infected themselves. They also thought of taking forward the government’s call that came through prime minister Modi, “Banega swachh India” means India will become clean and this later transformed to yet another call. “Banega Swasth India” means India will become healthy. The idea was adopted, and Dettol was the ideal product through which promotion could be carried out as it was synonymous with cleanliness, health consciousness and sanitisation. The packaging development team at RB took up the project and formulated a scheme to identify the covid warriors and put their pictures on the Dettol bottle labels with their story as to how they contributed to fighting the pandemic. The next challenge was to identify the persons to be covered, an exercise was done with help of team, inputs from social media and media agencies connected to RB to identify the people that would be covered. In April and May 2020 lot of such stories were appearing in news and social media so 100 persons were identified, and their stories were selected to appear on the Dettol bottle labels. 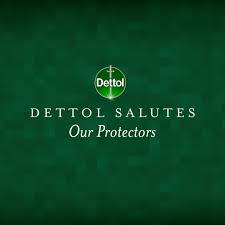 Additionally, they created another website, “Dettol Salutes”, whereby anyone who wants to create a label with his own picture, one can log on to the site and create a mockup digitally with a story to generate a virtual image of a label on a Dettol bottle and keep the digital copy as  a momento. Prebuilt appreciation stories are uploaded on the website to be used. This option is only for creating a digital image but for the 100 covid warrior stories it was decided to print the labels, affix them on the bottles and market through their distribution channels. It is heartening to note that Dettol Salutes has seen 200,000 people have already uploaded their pictures creating their images on a Dettol label affixed on a bottle and the number is growing. 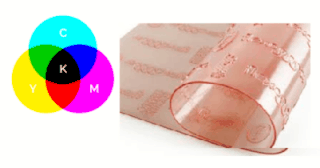 Being RB’s way to celebrating the covid warriors, they wanted a maximum number of variants to be available on each shelf, it was decided to have 1-100 variants one after the other consecutively and then repeated so that at the packaging line each shipper carton would have different stories on every pack. A small retail outlet who buys one carton only will have all bottles different from each other. The need for such variables to be printed made it very clear that this was ideal case for creativity that could be achieved on digital printing presses. So, from within their approved suppliers they selected Skanem and Huhtamaki to do the job who were suitably equipped and could meet RB’s need to do this quickly. Since the vendors wished to print CMYK only it was a challenge to get as close to the pantone shade in which Dettol brand is printed. By mutual cooperation between RB and the vendors, this was achieved to almost similar existing shades done on flexo for regular Dettol labels. RB even removed their own logo on the bottles to make space for the pictures and stories of Covid warriors The total run for this campaign from the first week of June 2021 for just over a month until the second week of July was planned at 4 million (40 Lakh) packs to be put into the market.

Huhtamaki PPL Ltd. India (HPPL) part of Huhtamäki Oyj, Finland is one of  India’s leading manufacturer of primary consumer packaging and labelling materials. They were one of the two approved vendors of RB that were selected to produce labels for this special campaign to celebrate Covid warriors. According to Huhtamaki, “Reckitt and Huhtamaki India partnered to deliver some warranted consumer attention to our pandemic heroes. We printed over 100 uniquely inspiring stories on PS labels to pay tribute to the unsung ones! This is a special project for us since it also gave our internal teams a reason to celebrate record-breaking, speed-to-market performance, despite time-constraints and other complexities. It reinforced the idea of the whole being greater than the sum of its parts. Our sense of customer-centricity and cross-team collaboration was the key!” They further added, “Our HP Indigo 20000 wide-web digital press has afforded unique possibilities of bringing brands further alive through packaging. With strong partner collaborations, we have helped in elevating consumption experiences with striking pack designs using Variable Data Printing for mass customizations.”

Skanem Interlabels, a part of Norway headquartered Skanem AS was the other approved vendor of RB who were roped in to execute this special campaign of Dettol customized labels. According to Nalin Gupta regional Sales Head-North for Skanem, “We did this project in record time! We are proud of having done this campaign”. The deliberations for this campaign started when Reckitt approached Skanem in second week of May 2021 and discussed the possibility of creating 100 variably printed unique labels. Having an HP Indigo press the capability was there, and thus the preparations started in the right earnest. They were given an order for 2 million labels; the other 2 million labels order was given to Huhtamaki.  It was a gigantic task as there were 100 artworks, mutual cooperation was an imperative to create the labels in speed. RB wanted the right pantone shade of Dettol and the job had to be done in speed so Skanem requested RB to give them the artworks also in CMYK because to match the green Dettol shade as close as possible to the required shade it is necessary to have the prepress right. The approvals were done online without wasting any time as the timeline for delivery was a mere 3-4 weeks. By end of May the first order was supplied to RB by Skanem to reach their factory on 2nd June and it went into production by 5th or 6th of June 2021. There were challenges but backups were created so that there were no bottlenecks. The flexible dies were sourced from Germany, but spare flat-bed dies were kept in readiness to be the backup for any delay.

With RB producing 100,000 to 150,000 packs per day, the whole project would be completed in 30 to 35 days. The experience of capabilities at hand with digital printing has given fillip to the new marketing ideas to the RB marketing and packaging development team. They are very excited to use more of the variable printing possibilities of digital label printing in future. The success of this campaign is attributed to excellent teamwork of RB, Skanem, and Huhtamaki. It is a matter of coincidence that both vendors converted the labels on HP Indigo digital label presses. Digital label printing has hesitantly but surely made their place in the Indian label industry and such campaigns that also have social message gives a reason for label printers to invest in digital printing which opens a plethora of opportunities. According to Umesh Kagade, Segment manager, Labels & Packaging at HP, “Brand Marketing is about telling powerful stories, Dettol told amazing stories of common men as protectors and warriors that relates to the brand.  We salute Dettol team for conceptualising such an amazing campaign considering the complexity and the variable designs, coupled with Speed of delivery. The campaign  is generating an amazing traction in social media”.

Digital label printing is surely emerging as a very important and strong marketing tool that can present enormous possibilities of customization even for short runs.

Is EPR an Effective Tool for Plastic Waste Management?